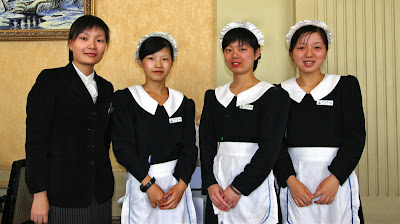 Above: Moscow Restaurant in Beijing. Our service team was shy but efficient. More photos below.

When was it you last time visited a state owned restaurant? Well, maybe you should do it more often, we have good such a restaurant here in Beijing.

August 21st we celebrated my friend's birthday. Of course we wanted for him something special. Special food, cake, place... and maybe even femBots! In Beijing, not impossible! The famous Moscow Restaurant. 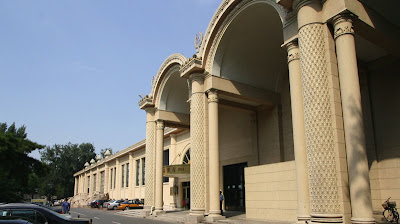 Above-1: Moscow Restaurant in Beijing was founded in 1954. Soviet Union and China were very good friends and, of course friends eat well when together. Glorious days of the past. 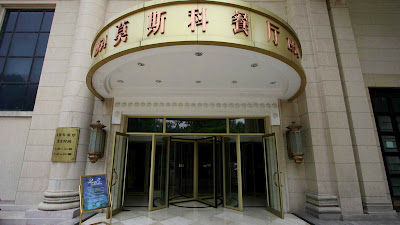 Above-2: Moscow Restaurant in Beijing. Welcome. 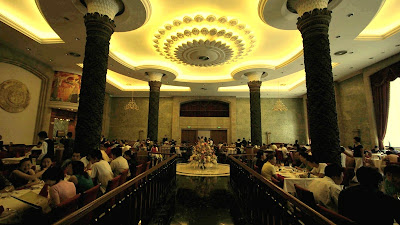 Above-3: Interior is impressive and unique. High main hall has pillars and decorations which seem to belong world’s history. High windows, and heavy, real-real curtains. You usually see these only in castles and movies, and maybe in some halls of Kremlin. 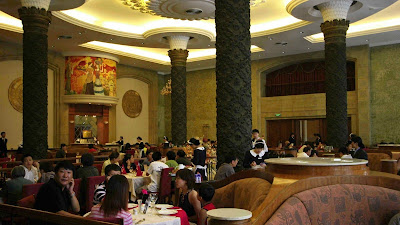 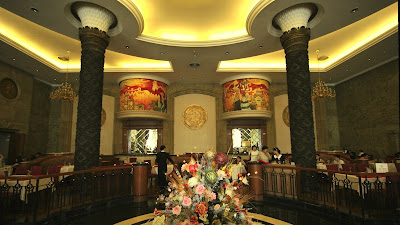 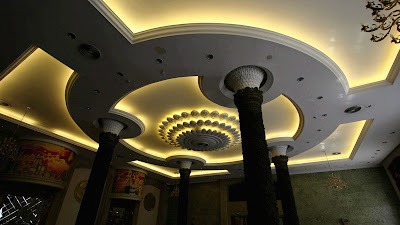 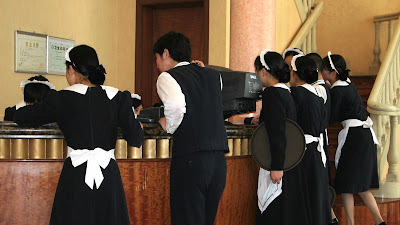 Above-7: Personnel was on the move all time. Somehow silently shouting We serve the people! While moving they never turned their heads, never changed their plan, and never stopped for rest. Their black/white uniforms are probably same style as in 1954 when this restaurant was opened for service.
- Are they femBots, could it be so! 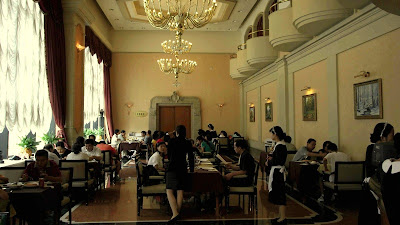 Above-8: We had big table in this side hall. 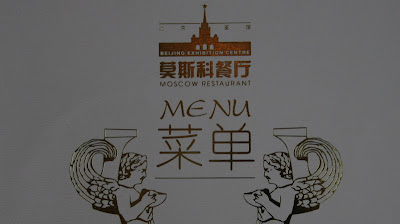 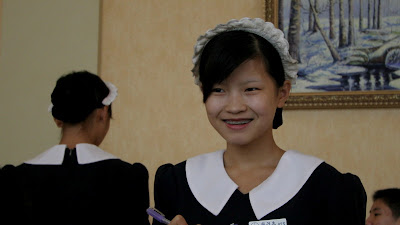 Above-10: Our service team was efficient. Service was speedy but shy, with honest smiles. They worked hard. And Russian food is very different compared to Chinese food, not easy for Chinese cooks.
- What about femBots? No, definitely not, and there is no doubt about it. And if there were a little doubt, then still not. 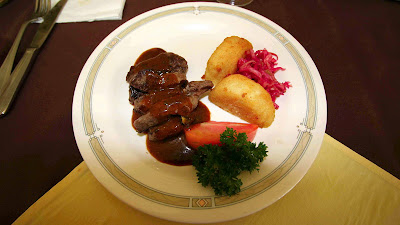 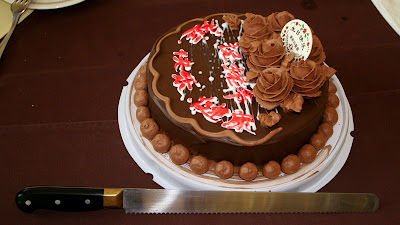 Above-12: Chocolate cake with jungle sword! 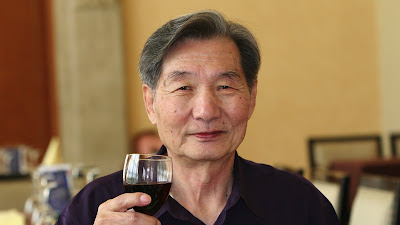 Above-13: Birthday hero, a real Beijinger, now officially 71 years. Its been a full life of making movies. Not just any kind but certain kind. He converted stories into pictures, into realistic illusions for 100s of millions of minds. Top scenarist, minds influencer. I learned valuable points from him.
- Do you know what you want? he asked
He reads minds, and now I also almost can. 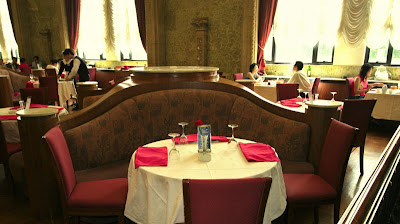 Above-14: Tables at Moscow Restaurant had style and all was kept well. We stayed in this restaurant longer because it was difficult to leave such a space. I felt like being inside sort of artwork.
- But who were all those people dining here all those years? 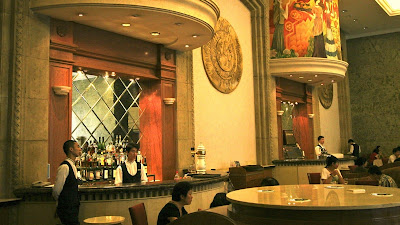 Above-15: In Finland we don't have vodka culture. But I am able to quickly adopt such, if in a situation. Actually, I am not fully innocent with that. To prove such capability, I asked to our team the coldest possible Stolichnaya snaps, soft when frozen. Surprise was complete when Stolichnaya was served on bottom of milk glasses, fridge warm, not frozen!
- What went wrong? Do I lack knowledge in vodka culture? Could this be a tradition that I was not aware about? Or, did femBots, if they really were femBots, were betas? 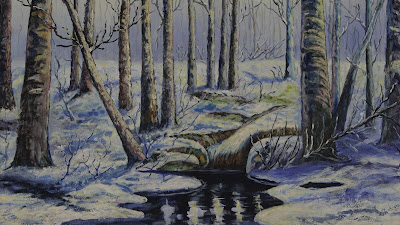 Above-16: I stared this painting like a wood-eyed Formula 1 pilot, no blink, with milk glass of warm Stolichnaya vodka in hand, and with thoughts.
- Who am I? Why a human being? Why not an alphaBot, the leading alphaBot? Why warm vodka? Why? 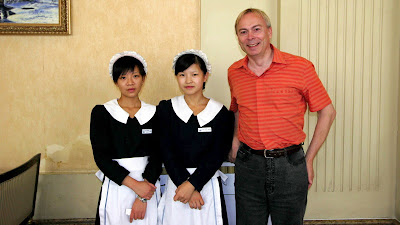 Above-17: I managed to transfer milk-glass-warm Stolichnaya into belt level, situation got under control after the impact got delivered.
- Can you say SNAFU! 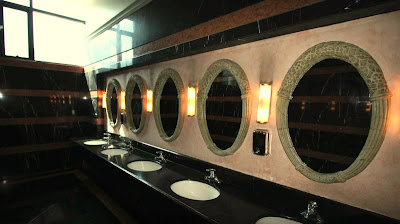 Above-18: Gentlemens' room. Look at these mirrors, golden frames! Since 1954 these five mirrors have potentially reflected images of the most influential great leaders of the whole world! Beautiful.

Most people know it, mirrors have memory. I took the opportunity to inload my humble reflection into each mirror, to join that exclusive group of Moscow Restaurant Beijing Reflectees, MRBR.
- Pleasure! Cheers! 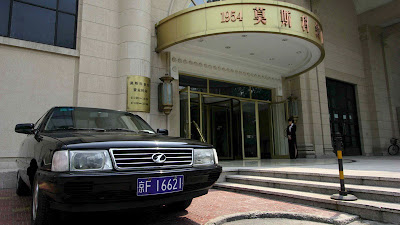 Above-19: Our birthday group left state owned Moscow Restaurant. We dived back into Beijing Ring-3 traffic by this state built RedFlag. It was a pretty feasible state owned restaurant birthday lunch. Ou, did I remembered to say it, we need that vodka culture in Finland...